My War With OCD: Rebecca Ryan

Rebecca Ryan is smart, well spoken, capable and a published author at 16.

She also has OCD which, in the past, has controlled her life, and prevented her from being able to deal with anything blue, the number 4 (or multiples of) and resulted in her climbing through her windows because of her fear of doors.

She shared her story with us:

Rebecca, when did you realise you had OCD, and how did it show itself?

Well, I always kind of knew I was different, even from a young age. While other kids would throw themselves on swings and make friends easily, I kind of stood at the back. I was always very anxious as a child. My first compulsions arose when I was just four years old, a coping mechanism, I believe, for dealing with the transition to primary school. My compulsions would always flare up whenever I got stressed. I had to give my mother a toy every day before school and if she didn’t show the toy to everybody she met, I would have a bad day at school. I’ve had many compulsions since then, but it was only when, by chance, I googled OCD at age ten and found I matched all the symptoms. When I looked at the symptoms, I just cried. Even so, I forgot about it for a while until I was self-aware enough to look at my own behaviour in secondary school and recognise “this isn’t right.”

At what stage did it start to control your life?

My type of OCD ebbed and flowed. Sometimes it controlled me, sometimes I controlled it. It used to pick on me really badly when I was around ten, nerves and hormones with puberty I guess. It only really began to control me when I turned thirteen. It’s like everything burst. Suddenly I had a load of obsessions and compulsions and they quickly took over my life. Living became a secondary thing. The priorities to me were getting my compulsions done.

How did your parents react? What did they do to help?

My parents are firm believers in solving problems immediately. It was a little bit hard for them to get around the fact that their own child had a mental illness. They thought I’d grow out of the compulsions, or get over it, especially as my dad had (only very small and manageable) compulsions when he was younger that he was quickly able to dispose of. They thought I’d do the same, but mine progressed too far, especially since I’ve had it since I was very young. Even so, when I told them I wanted to speak to a doctor, they were very supportive and drove to the GP who referred us to a psychiatrist and therapist. It was a learning process for all of us, definitely, but once then understood, they became the most supportive people in my life. They helped me keep up with my therapy and exercises (such as leaving a remote control crooked) so that I was able to recover from OCD faster. 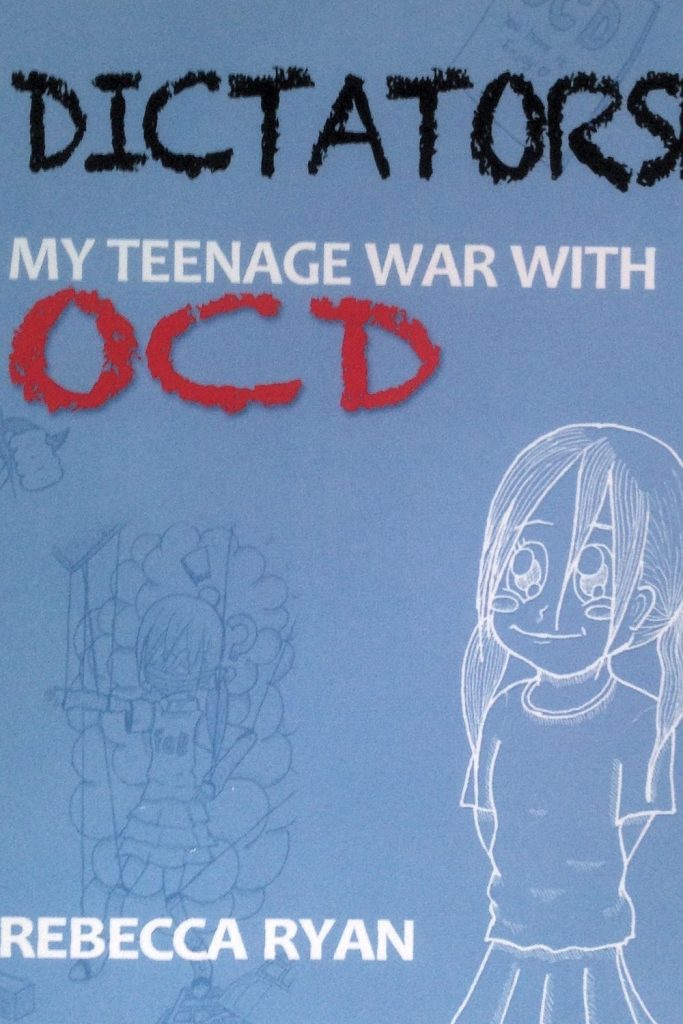 What was the worst part of having OCD?

The worst part of OCD is definitely the lucidity. The fact that your irrational anxious side is fighting constantly with your logical side. You lie awake at night, with part of your mind going “tap your nose or everybody dies!” and the other part going “why the hell would you do that? Are you so weak as to follow commands from your own anxiety?” It kind of gets you down after a while, because you think “I recognise the irrational side of it, so why am I still doing these compulsions? I must be weak or stupid.”

How did your friends at school deal with it? Did it interfere with your relationships?

My friends at school were incredibly supportive. I say it over and over, but it still rings true. I’m lucky to have them. The number of day trips I was invited on increased after I revealed my diagnosis. My friend used to let me cling onto her shirt when we were walking through the crowded street, and she’d tell me where the cracks were, so I could avoid them. My cousins removed everything blue from their rooms and made everything symmetrical before I came over. In the long run, this is not helpful, but it was really touching and thoughtful. And I am especially grateful for their support, as I can say myself I was a nightmare to be around in the throes of it. It definitely affects your relationships. I wouldn’t answer their questions until thirty to forty seconds after it had been asked due to compulsions. I embarrassed them by stopping on the pavement to straighten used-and-discarded cigarette butts. All in all, I’m incredibly grateful for their support.

How did you overcome it and take your life back?

It was definitely a slow process, but it was a lot faster than some people. I beat it entirely in less than a year. The first step of treatment is this type of therapy called CBT or Cognitive Behavioural Therapy, which challenges you to think for yourself and challenge your actions. It also includes going against your OCD or anxiety sometimes, seeing a trigger such as a blue book, and not tapping your nose. This is called ERP or Exposure and Response Prevention. My OCD was too severe for this therapy to work alone, so they put me on medication that helps release a chemical called Serotonin in your brain. After a while of being on that, I was noticeably calmer and was able to do the ERP easily. The ability to say “no” to the obsessions became easier after I beat the first compulsion. Each time you say no, you feel awful for a while but after that, you have new found confidence, and I used that to knock the obsessions and compulsions away. 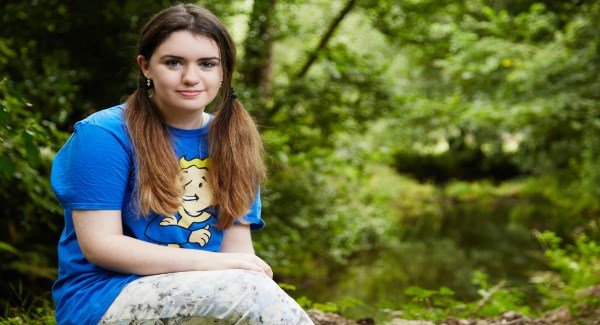 You wrote a book! How did that happen?

I did! It basically came about due to the diary entries I wrote all through my experience. I write stuff down when I don’t understand something as it makes it seem clearer and more logical. I decided, towards the end of my OCD, to use the diary entries in a book, I felt as if I wasn’t going to go through this for no reason. I had to do something. Through the entire OCD journey, I couldn’t find one person I knew with the same condition as me. The other children my psychiatrist treated didn’t want to meet, and this just shows you the shame and secrecy that comes with a mental health condition. I wanted to meet somebody, but couldn’t.t and this book is for the kids out there with OCD that feel the same. I know I’m quite good at writing, so I wrote down my story. By chance, I talked to my teacher at school (who is also an author) and he encouraged me to send the manuscript to every publisher I know. It just so happens it was picked up by Onstream Publications, and it took off from there.

What are your hopes for the future? Where do you see yourself in ten years time? How does OCD fit into your life plan?

That’s the thing, it doesn’t. I rarely even think of OCD as a part of my life now. As far as I’m concerned, it’s gone. And I know I can’t be definite and say it’ll never come back – because it might, but I have all the necessary tools that I can use just in case it ever decides to rear its head again. One of the benefits from getting it and beating it at an early age is that those skills stay with you for life.

I don’t like predicting where I may be in ten years, because I honestly don’t know. The only thing that’s set in stone is that I will be twenty-six. As for stuff I’d like to do; as it says in my bio, I want to do everything. I want to be an animator, designer, filmmaker, director, music producer and actor. And definite a couple more books on the way also. I also like theatre and acting, even being in a band. The point is, I want to be creative, always. So, for the 10-year-future thing, I won’t predict, but I hope I’ll be doing something I love.

What advice would you give to someone who thinks they might have or be developing OCD? Who can they turn to?

My best advice would be – as they’re always drilling into you in school, tell somebody. The first step to my recovery was to tell my parents. If you can’t do that, write them a note, or talk to a teacher or friend at school. There are so many ways that OCD can be helped. It is very rare that it gets severe like mine, and even then, with the right therapy and treatment, I got through it. I know I’m only one example and that everybody is different, but I’d just like to stress the fact that there is so much help, and people will listen. Don’t be afraid of treatment either. The best thing I can recommend is to write your thoughts down as well. It doesn’t look half as bad when put down on paper.

You can buy Rebecca’s book Here

You can also listen to her blowing Ryan Tubridy’s mind right here.