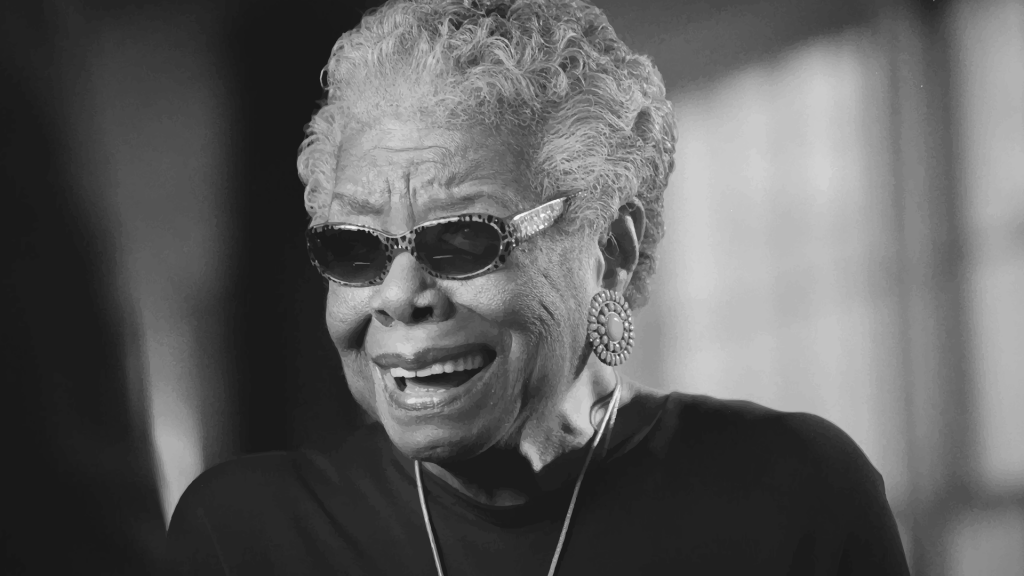 Maya Angelou has had a profound effect on so many of us. Her poems, songs, books and speeches have lifted the hearts and minds of so many. Oprah herself considered Maya to be a mentor and called her “Mother”.

Before Maya passed away in 2014 aged 86, she told Oprah the amazing story of how she became the first black streetcar conductor at just aged 16.

Maya decided that this was the career for her, because she thought the uniform was cute. But when she enquired she was swiftly turned away. So she went and told her mother, a marvellous women called Vivian Baxter. “I went back to my mother and said, ‘They wouldn’t even allow me to apply,’ and she asked me, ‘Why? Do you know why?’ I said, ‘Yes, because I’m a negro,’” Maya told Oprah “‘[My mother] said, ‘Yes, but do you want the job?’ I said yes. She said, ‘Go get it.’”

Vivian told Maya to get her booty back down to the office and sit there every single day until they took her seriously. Maya did as she was told and spent two weeks being teased and harassed in the office where she sat day after day. “They laughed at me, they pushed out their lips and used some negative racial [slurs],” Dr. Angelou says. “But I sat there… I was afraid to tell my mother that I wasn’t as strong as she thought I was.”

Finally a man emerged from the office and gave her the job she so desperately wanted, and Dr Angelou had broken down the first of many barriers that existed for black women everywhere.

Many years later, Maya learned that for months, her Mother had driven behind that street car every night with a pistol in the front seat, in case anyone troubled Maya as she went about her work. Now that is one amazing Mammy, one amazing daughter, and one amazing story.