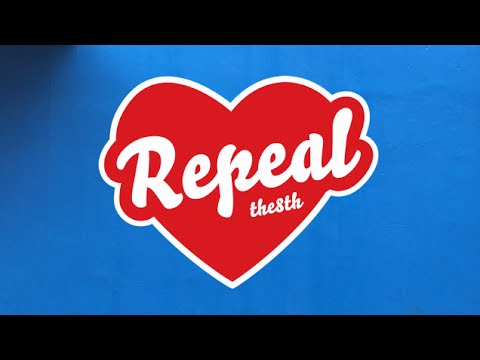 Every 30 September, people from all over the country gather together at the March for Choice in Dublin to march in solidarity to Repeal the 8th Amendment. With a referendum just around the corner, it’s as important than ever to stand together to Repeal the 8th. The Citizens’ Assembly has shown that Ireland is pro-choice, and it’s important for us to have our voices heard and to start a conversation about women’s reproductive rights in Ireland today. In our predominantly Catholic country, there’s always been a stigma surrounding abortion – but to break down said stigmas we need to start conversations with one another.

The 8th Amendment was introduced in 1983, but the Ireland we live in today is extremely different to the Ireland of then. The country is considerably more liberal, and is no longer influenced as strongly by the Catholic Church. The 8th Amendment equates the life of an unborn fetus to that of the woman carrying it – it treats pregnant women as merely a vessel to carry a baby in, a human incubator, as opposed to a complete human with needs and rights. The 8th Amendment is completely outdated and wrong today – the UN has criticized it, calling it “cruel, inhuman or degrading.” Abortion is currently allowed on demand in other countries such as the UK and the US, so surely the same should apply in Ireland? The illegal status of abortion in Ireland does nothing but make access to abortion harder for Irish women, and every year thousands of Irish women are forced to make the shameful trip to the UK for an abortion – between January 1980 and December 2016, at least 170,216 women and girls had to travel from the Republic of Ireland to access abortion services in another country. Also, the ban on abortions in Ireland does not stop them from happening – it just makes accessing them more difficult and dangerous, and makes illegal abortions more widespread.

The abortion debate is treated with a massive amount of caution, and is an extremely controversial issue, but personally, I don’t think it needs to be as controversial as it is. Being pro-choice isn’t about how you’re comfortable you are with abortion, or about your views on the morality of the unborn, or whether you’d have an abortion yourself or not – the pro-choice stance is merely about trusting women to make their own decisions about their own bodies and making a decision for themselves based on what they need to do due to their own current circumstances. Being pro-choice means choosing to be non-judgemental and compassionate, and allowing women to do what they must. Because abortion should be a personal choice, and not a nationwide debate.

To change our country’s attitude towards the 8th Amendment, it’s important for us to speak out in whatever ways we can. Attend protests and marches, sign petitions, attend talks and email your TDs. Or even just post online and start conversations with friends and family, because it’s the little changes that matter.

Kate O’Sullivan is 14, from Cork, and she is quite the legend. This post was originally shared on her blog, which you can read here and  here.