This is a beautiful post, written by Amber, which is very sad and features discussion on mental health and suicide…

Speak her name. Out loud.

Will you remember it?

You’ve likely heard of her death on the news, but that was over two months ago, and news moves fast, our lives moves faster, and people pass out of our minds at that pace.

In case you didn’t hear of her, she was only 23, and yet an Olympian cyclist, also studying computational mathematics at Stanford. In November, at the World Track cycling race, her team finished second in the team pursuit. She won silver in the 2016 Rio games and stood an excellent chance at obtaining gold in the 2020 Olympics. This is an amazing feat by itself, accompanied by a brilliant mathematical mind and a degree that would offer her endless opportunities outside of her athleticism.

On March 7th, she died by suicide.

To anyone scouring her biography, it seems a mystery as to the reasons behind it. To her family, distraught beyond repair, the question is agonising. In an interview with The New York Times, her father says, “I wake up every two to three hours at night to go through all of these permutations on what could have saved her.” Her brain was donated by her family to researchers to find out if a concussion, obtained in a training accident on January 5th, could have been what caused her death. But suicide isn’t science, and no lab can uncover what the real reasons were. 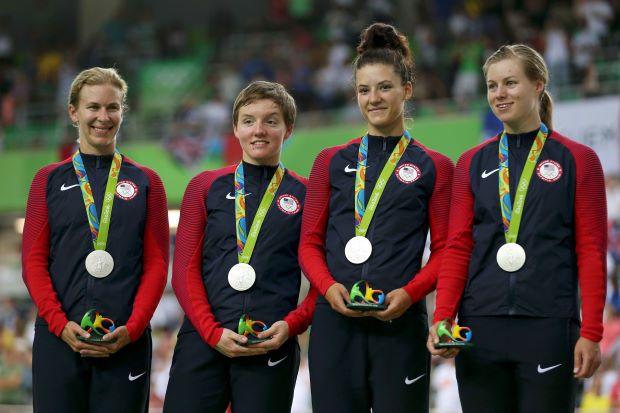 When she was 8-9 years old, Kelly wrote, and committed to, her lifelong code, which she hid from her family until January, where she shared an extract from it in a note:

“Fear not physical discomfort. Never love. Never engage in a relationship that could be defined as having a significant other. (In my case, a so-called “boyfriend.”) Never allow yourself to become close enough to another that their actions or inactions might cause you (any amount of) distress or pain. If kindness and gentleness are at all an option, they are the only option.”

“If kindness and gentleness are at all an option, they are the only option.”

Among all the sadness held in those sentences, the last struck me hardest.

How could a person so set on being kind and gentle not extend the same kindness to herself?

She wrote that she cried, and it made her feel worse. Her pride in not showing emotion and not shedding tears was hurt, and hurt her back in turn. In her head, going to therapy would make her weak. She was raised in a household with two other siblings, each outstanding in their own fields, all three tying for “Most Likely to Succeed” in middle school. Her parents said that in elementary school, when she could not figure out addition or subtraction, she would scream for hours in frustration, refusing to take a break. This intense obsession to be the best led to her successes, but also possibly her unravelling. If she wasn’t the best, what was she? Was she worth anything?

In a note she wrote in March, she said, “If I am not an athlete, I am nothing.”

It seemed that she was unable to see a way to be kind to herself, forgive herself for not always being the best. It’s horrible to think that for someone who valued gentleness so much, she upheld herself to merciless standards, unable to see how amazing she was.

During a two and half hour long phone call in late February to her sister, Christine, Kelly told her “If things don’t change in a month, I’m probably going to kill myself.”

Christine begged her not to kill herself, to which Kelly stated, “OK.”

For days afterwards, her terrified family repeatedly checked on her, her last suicide attempt in January still fresh in their memories. Still, in two weeks after that phone call, Kelly was dead.

But we can learn.

Extend Kelly’s code. Be kind and gentle to all, including yourself. Sometimes that’s the hardest part, because we find it easier to love others, easier to be kind to people when we can see the smile on their face. It’s easy to think we are a failure for not living up to the person we want to be, the person who exists in our heads and our heads alone. We grow, we change. None of us stay the same throughout life. There’s always hope.