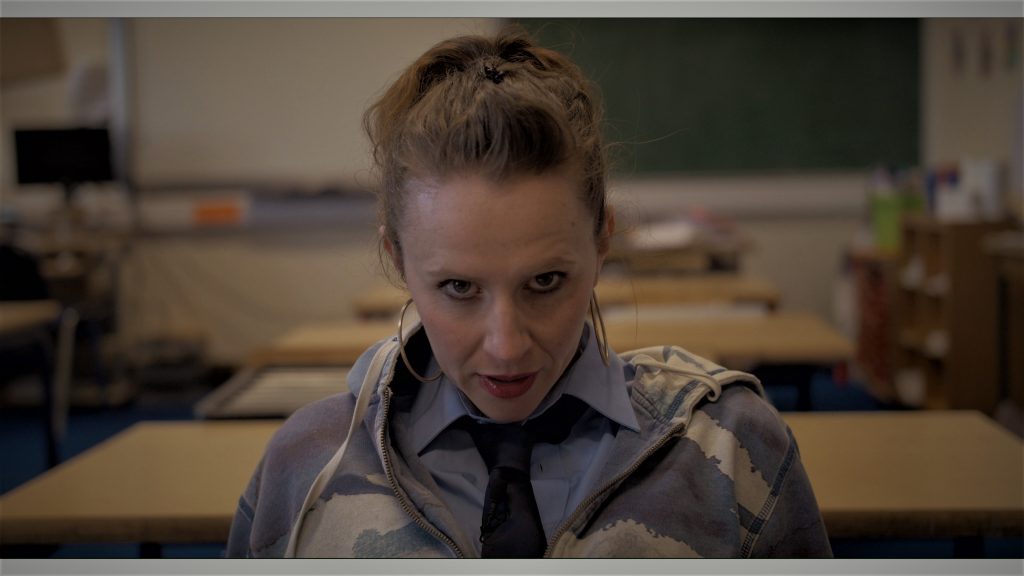 I couldn’t wait for today to end! I was in the toilets and Saoirse Nolan came in with all her cronies throwing mashed potato over the top of the cubicle on top of my ‘ead. I only washed it last night an’ all.

Then Pat was a bit late for the session and I was well cheesed off because I snaffled my tuna sandwich down to get over there to tell him that me Mam went and locked herself out last night, screaming the place down for me to open up at 2am in the mornin’. I don’t know who was with her but he looked like a window cleaner.  Morto!!!    Anyway, yeah, so in school right I went and tripped over Miss Fox’s Mary Poppins bag in a rush and cracked my ‘ead off one of the pipes by the bogs. So I went in to check my hair and Saoirse came in after me, with her bunch of skanks and they were all laughin’ their ‘eads off.  I legged it into one of the bogs and managed to lock the door but they just appeared over the top pelting me with mash. It was horrible! I tried to cover my ‘ead and my face but I was trying to save my uniform too cos my Mam would go off her trolley if I got it dirty. Dodgy white stains like, she’d be wondering what the hell I’d been doin’!   Anyway, they soon stopped when there was none left and just they ran out so I had to wipe myself off with bog roll. I felt like that Carrie one, only I was covered in spud mush not pig’s blood. And Pat was bleedin’ late! Tosser!

Anyway, I was still glad to get in there, without being seen, even though I was caked in spuds. I looked like a painter’s radio. He asked me what had happened and I asked him if he was stupid. He wanted to know if stuff like that happened often but…he was kind about it. He’s not like the teachers; they would have gone apeshit asking for names and if I had provoked it. Cheeky langers! Yeah, just blame Kelly, she’s just a big dope, isn’t she? But with him, I was able to just talk about it. I think I rambled a little bit cos I started talking about how I could have watched Emmerdale last night besides washing my hair because, I wanted to know what was happening with Brenda and if she had found out if Bob was being a mucky one behind her back.  She’s a daft boot anyway, and he looks like a retired vampire! She’s well shut of ‘im.

Anyway so, he asked me if I’d like to do anything about it and I just said no. What’s the point? So I started to tell him about me Mam being a Banshee and he asked how I felt about her, and how did I feel about the way she spoke to me? I said I wished that my Granny was still alive. Then I just wanted to leave.

I wanted to get a bag of Barbecued Beef Hula Hoops before dinnertime was over anyway.

Kelly Roberts is a fictional character created by Colette Forde to explain how sometimes, we are just misunderstood, and that the ‘tough girl’ is often the most vulnerable one. You can read her first Diary entry here.