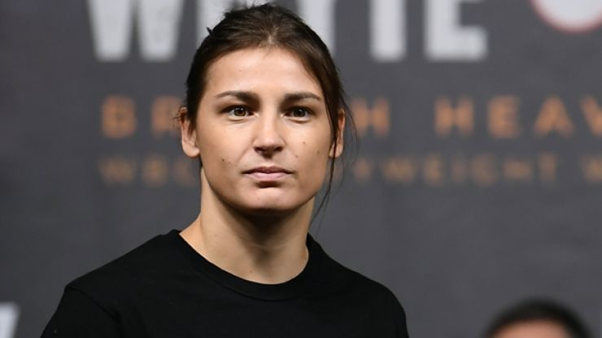 Next up, we have, Katie Taylor.

When thinking about women in boxing there is one name that comes to our minds. We’ve all heard of the incredible Katie Taylor. Katie is an Irish professional boxer and former footballer who provides a masterclass in how powerful and strong women really can be. She was born in Bray, Co. Wicklow, and has made the people of Ireland proud, time and time again. Not only is she an outstanding Irish athlete but she’s so much more.  Katie is tough, ruthlessly confident, persistent, dedicated but most importantly she’s admirable and inspirational for girls and women all around the world.

As long as I still feel a passion for the sport and preparing for these big competitions, I will carry on fighting. 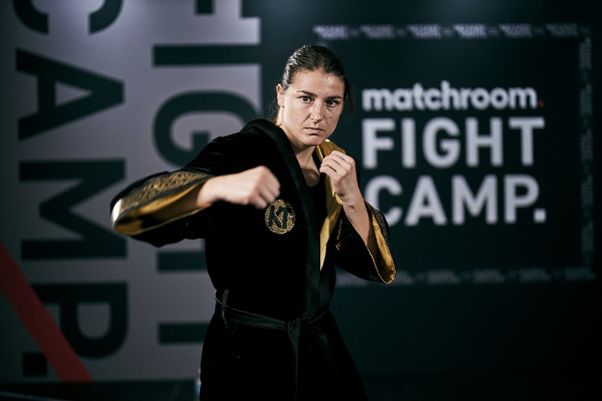 Katie is a role model to all no matter what age or gender. She is inspiring generations with her love of boxing and her dedication to her career. Katie shows young girls and women everywhere that with persistence and dedication you can achieve whatever you set your mind to. She has changed the boxing scene for women everywhere contributing to the success and recognition of the sport worldwide.  Not only has she made female boxing recognised worldwide wide but her passion and love for the sport, along with lots and lots of campaigning, led to the inclusion of women’s boxing in the Olympics.

When you’re so consistent, people have to stand up and take notice. I don’t think people recognise or praise consistency enough.

Katie’s persistence has inspired people everywhere. Katie found her love for boxing at the age of 11.  From a young age, she already had her mind set on what she wanted to do and there was nothing that would get in her way. She was convinced at the age of 15,  that one day she will eventually compete in the Olympics and as we all know, she was not wrong about that. As many people know, Katie was the flag bearer for Ireland at the 2012 London Olympics opening ceremony. Although she is now recognised worldwide, her climb to the top was not an easy one. Back when Katie found her love for boxing, women’s boxing was not recognised in Ireland. Katie pretended to be a boy and fought under the name K. Taylor. If this isn’t dedication, we don’t know what is. Although she has had to face obstacle after obstacle, she has stayed endlessly positive.

I have a lot of confidence in myself, and I love that challenge as well. I love going to every competition as the favourite. It’s something I relish. 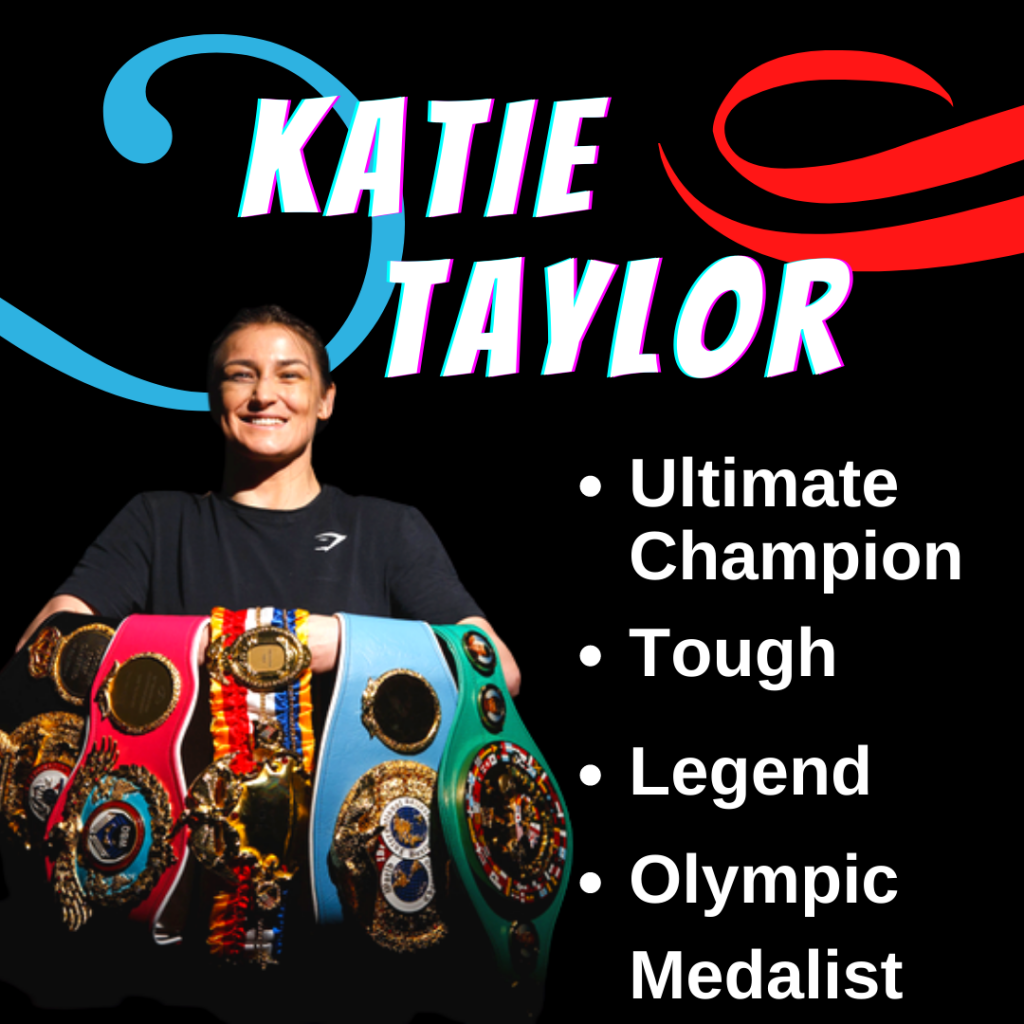 Although Katie is well known across the world, she hasn’t forgotten her roots. Katie is humble and charming no matter how big the fame that comes with being one of the best female boxers. It’s a refreshing sight to see a celebrity who instead of basking in the spotlight or playing up for the cameras, stays modest and carries themselves with dignity. A true role model for girls everywhere.

There’s not a lot of positive role models of women in newspapers and magazines. I think it puts pressure on girls. They think that the image put out, it’s the way you have to look.

When looking at Katie’s career, you would think she has achieved everything someone could dream of. Winning medal after medal, meeting all her role models, even being recognised throughout the world. However, for Katie, it doesn’t end there. Her ambitions are never-ending. There’s no stopping this ultimate champion.  She wants to make history and be the greatest of all time and most importantly wants to be the best role model for young girls everywhere.

I want to go down in the history books as one of the greatest female boxers of all time, and I think I’m on the right path.

Throughout her career, Katie has collected quite an impressive amount of achievements. She has achieved more than other people could only dream of. Her career and success have not only impacted her own life but have impacted lives everywhere forever (that’s a huge achievement in our opinion.)  Katie is Ireland’s 6th ever athlete to win a gold medal in the Olympics along with being the 1st Irish boxer in 116 years to become an undisputed world champion. 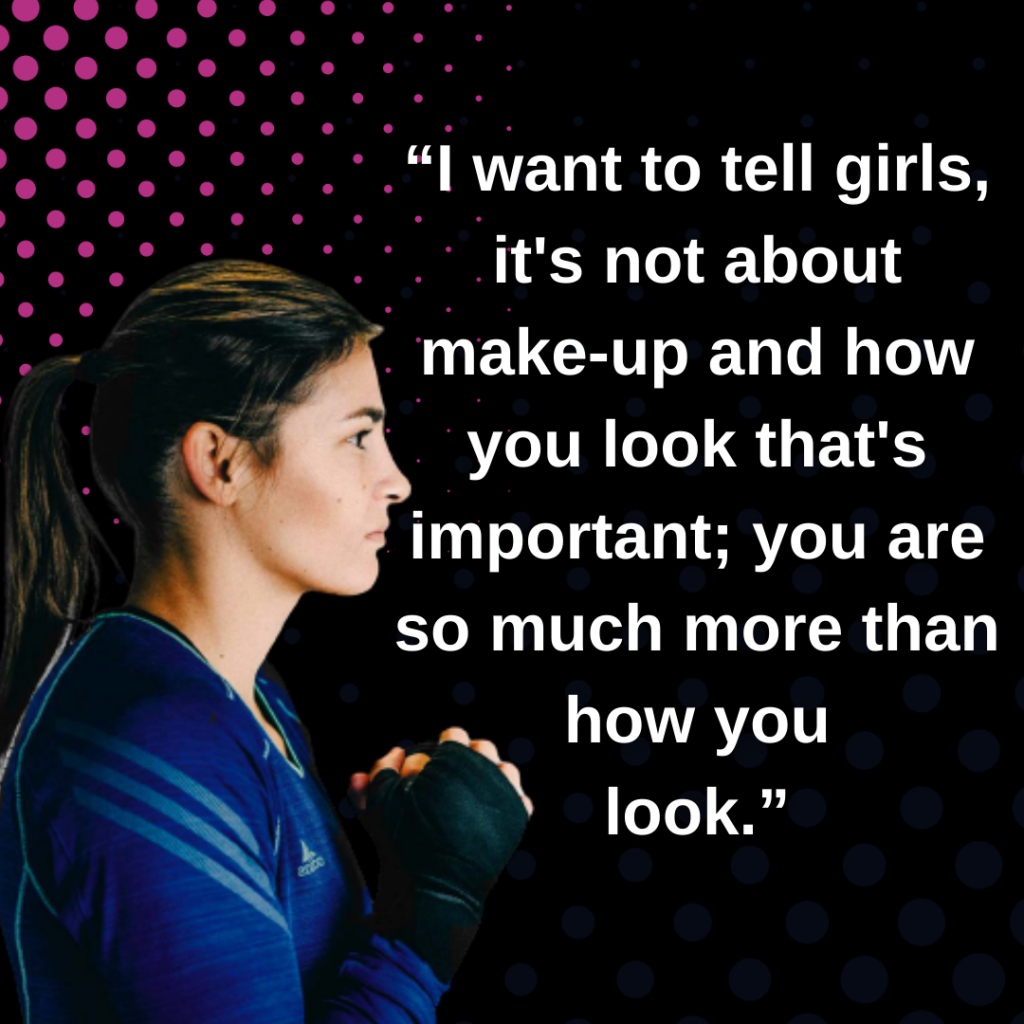 Are you now obsessed with Katie Taylor and want to see more? Check out Katie in action in the video below.

P.S. We know she is your new celebrity crush! You’re welcome 😉