Why Emily Duffy is a Superstar

We are thrilled to introduce the latest member of our youth council, Emily Duffy. Emily, 18 has spent the last few years developing the “Duffily Bag”, a seeping bag she has distributed  to those in need around Dublin, and in Calais. Here she is to tell you more about herself. Welcome Emily xx

When it comes to change making there’s a lengthy process from wanting to make a change to having an idea to making it a reality. I found this out back in 2014 when I was struck by the high levels of homelessness in Ireland and knew I wanted to make a difference what I didn’t realise was how long it would take until I started making that change. When I was in second year my friends and I wanted to hold a fundraising event for Novas Initiative a homeless charity in Limerick. While planning the fundraiser I began researching homelessness and realised that it was a much bigger problem in Ireland than I had ever imagined with statistics from Focus Ireland saying there was over 5,000 people homeless in Ireland at anyone point. Thinking about how there was over 5,000 people just like me or you with no place to call home and lacking necessities scared me. While I was so determined to solve the entire homeless crisis it was just unrealistic. Looking back now I know that even the smallest acts can make an enormous difference. I decided to focus on people sleeping rough on the streets and I went on to invent the Duffily Bag, a sleeping bag for homeless people who are sleeping on the streets that protects them from many different things like the rain, attacks from the public and being set on fire to name a few. 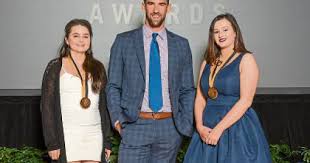 Since then I have partnered with an organisation called the Mendicity Institute which provide services for homeless people. We currently employ up to 20 homeless people to make the Duffily Bags and the bags are being used around Ireland on the streets and in emergency accommodation. The bags are also being used by the refugees who were displaced from the Jungle Refugee camp in France. I take huge pride in my work and plan to continue to expand the impact it has well into the future. Having gone through this process I know that even though it might take a long time to put plans into action if you believe that the change is necessary and you have the passion to make that change happen it is so worth it. Seeing the change in the lives of the people I work with and the positive impact that my invention has on those that use it brings me huge joy. I wish I could go back to my 15 year old self to tell her that all those hours she put in and all those lunchtimes, evenings, and weekends that were taken over with product design and development were well spent and that that simple idea that she had would go on to be every she envisioned and more. Not only have I seen the power of what a simple idea can accomplish I have discovered that I have a passion for social entrepreneurship something I didn’t even know existed when I started this project. I have been given two amazing opportunities in the last year to represent my country on an international level where I got to meet some amazing young people from around the world who also want to make a change which is incredibly inspiring all because I followed my passion and was confident in my idea and myself. Trying to create change can be difficult and challenging yet if you truly believe in it and yourself it will be a rewarding and enjoyable experience- Trust me. 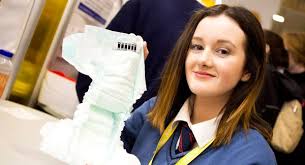 I knew immediately that I wanted to join the Shona Project. I love how it allows young girls like myself to be vulnerable and to unapologetically embrace our individuality. I know together we can change perspectives and open up many opportunities for young girls which they may have written off for themselves. I hope I can inspire young girls through the Shona Project in ways in which I have been inspired by the amazing women in my life.