This beautiful girl took her own life due to bullies

This week, we heard of the devastating death of the beautiful Elle Trowbridge from County Tyrone. Elle took her own life a few days after her 16th birthday, because she could no longer cope with the online bullying she had been subjected to.

Elle’s mother, Mandy told the Irish News, that Elle was first targeted when she was 11, after which her life began to spiral, she began to self-harm and was diagnosed with depression at 14. Her family did everything within their power to help her, but as Elle started to find herself doing well, winning awards for show jumping, the faceless bullies would start again. According to her mother, Elle started receiving messages on ask.fm, telling her to hurt herself, and she was unable to trace the senders. “One of them commented ‘Cut yourself so deep that you bleed to death. If this doesn’t work, drink bleach and if that still doesn’t work, throw yourself off a bridge,” said Mandy, “Elle came in to me crying. She was totally distraught. I contacted police. They were very good. They took it very seriously. They explained it is non-traceable and get phone calls daily about them.” 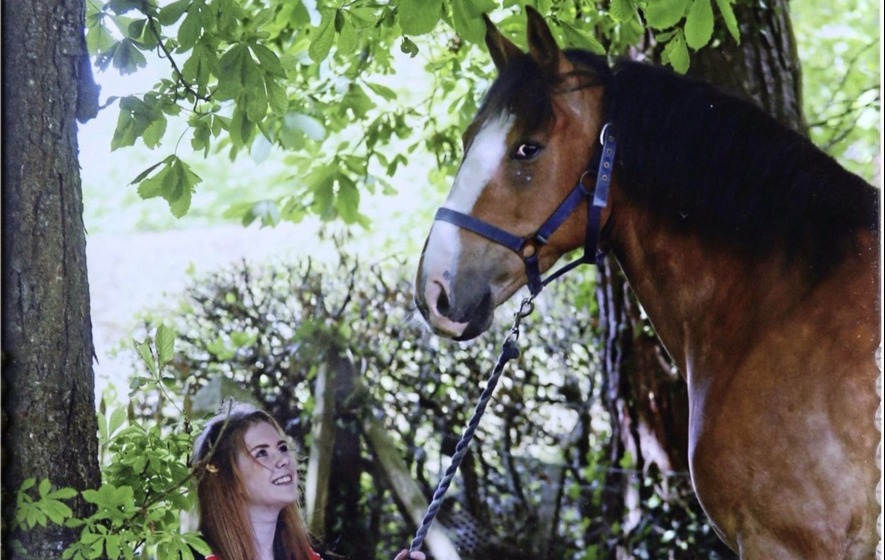 Elle found solace with her horses, which provided her with a safe place, and began to receive counselling. Unfortunately, in February, Elle was very upset after receiving a message on SimSimi, which read “Elle Trowbridge should go and get hit by a bus.” According to Mandy, Elle was devastated by this, “She hadn’t cried like that in such a long time. Elle could not understand how anybody could be so cruel to want somebody dead. It’s very hard to reassure a child to think that this individual is a person and they don’t actually realise what they are saying or doing.”

On April 24th, this year, Elle took her own life in her home, leaving her family devastated. “Every day is a struggle and yes, we’re Elle’s family and there’s days we struggle bad but Elle’s friends and the wider family miss her desperately. Suicide just doesn’t have an effect on the family. It’s a whole community. It opens up a lot of wounds for lots of other people. I have to be strong.” says her Mom.

As we’ve said before, Bullying, and its effects are the very reason why The Shona Project was formed. (Read our story here). And we will continue to work to eradicate it, and to provide a safe space for those who are suffering. We know its hard, and how isolating it can be, but please reach out and ask for help if you are struggling.