Can you walk, eat and scratch your butt? Then you have the perfect body 🍑

99.9% of women will feel under constant pressure to look like the other 1% of women who take up 90% of media space. (Not actual scientific figures, but you get the idea).

In her 2017 film, Taryn Brumfitt, founder of the Body Image Movement, travels the world on a “quest to end the body-hating epidemic”. In the film, she asks why we still chase an unachievable body image, to the point where some of us lose all faith in our other abilities, and loose not only our confidence, but also our voice, and our fight.

In 2013, Taryn  shared this picture, and it went viral, being picked up by news and media accounts all over the world. The picture on the left shows Taryn, in the midst of a heavy weightlifting regime, which she took up after having three babies left her feeling unattractive and self-conscious. During this time she had little time with her family, felt constant pressure and still wasn’t content. The picture on the right was taken her after she decided to lead a healthy and balanced life, bigger, but also happier. 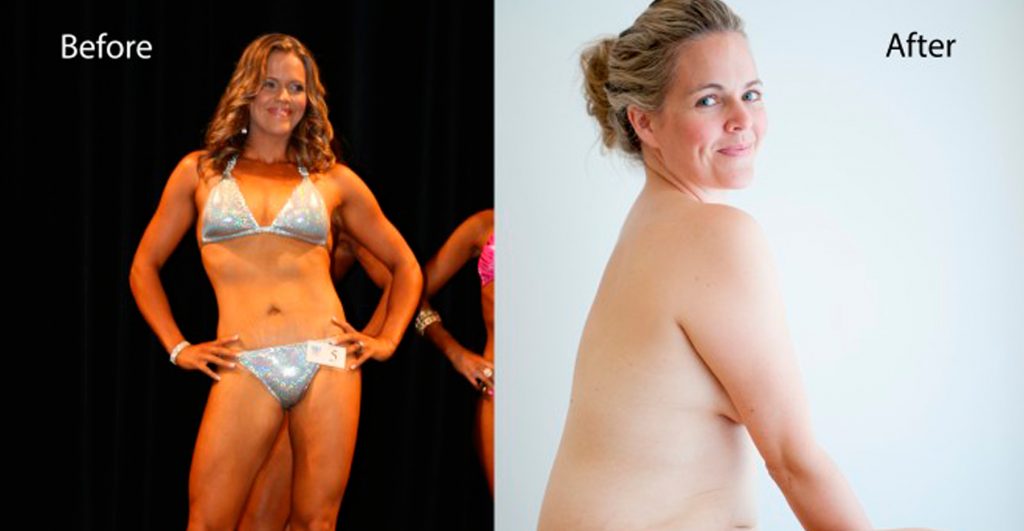 The pictures were shared hundreds of thousands of times, and Taryn became a role model for the body positive movement. “I posted it because I’d been speaking to some friends about dissatisfaction with our bodies. I thought it might help my friends feel better. And then it just went crazy. Suddenly, all the devices in the house were going off. In the next week, my picture was alongside headlines in newspapers all over the world. It was shocking. And then people started to get in touch.”

“You can only chase someone else’s perfection for so long, before you realise how unhappy it is making you. We can all be shiny and perfect, but there’s nothing wrong with being messy and complicated.

Attitudes are starting to change, slowly but surely. This film looks like a good conversation starter, check out the trailer below.